Matlock appeals to its viewers primarily through Andy Griffith, one of the classic television actors of the previous era. Griffith’s connections in the TV industry have led to exceptional cast, writing and even guest stars. Many who watch Matlock believe that they became hooked on the series based on all the great guest stars they would see from week to week. One of the shows from which Matlock borrowed a few recognizable actors was the classic sitcom, Three’s Company. 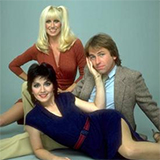 Of course, Don Knotts played Barney Fife on the Andy Griffith show many years prior to Three’s Company, but Three’s Company had provided a resurgence for Knotts. By the time he joined Matlock, he was well known by audiences young and old for his role in the top-rated, prime time sitcom. After Knotts’ character left Three’s Company he was replaced by the Ropers. Mrs. Roper was played by Audra Lindley who may best be identified by her curly hair and her flowing, colorful, drape-like moo-moo gowns.

It is widely known that Audra Lindley was a favorite of the cast and crew on Three’s Company. She was like a mother figure to people involved with the show. What a perfect idea to have her join the man viewed by much of America as THE quintessential TV dad. Audra Lindley appears in the Matlock episode The Author, S1/E15.

Richard Kline made us all laugh with his character Larry on Three’s Company. He also appears on Matlock as the defendant in The Umpire S2/E16. Although less comical than Larry, Kline’s character on Matlock is a bit of a slippery salesman as well. He just seems to have a knack for that type of role.

Since the beginning of television and movies, successful writers and actors have stuck together like family in the industry. In 2013, this phenomenon lives on. Most of the cast of the successful show LOST immediately went to work on other shows together.

Matlock marathons on the Hallmark Channel have provided a significant boost in longevity to the series. It has been a common occurrence for Matlock reruns to appear on television in blocks of 4 or more episodes at a time, enabling true fans to immerse themselves for hours. This trend of playing reruns in blocks appears to have started years ago with Matlock and spread to other networks and series’ who are now commonly doing the same thing. It makes good sense for an old show to reach a new, younger audience through concentrated, repetitive bombardment. New viewers become familiar with the cast of a show in a matter of a few hours and they never look back.

Let’s hope continued blocks of Matlock episodes remain on television for years and scores of new viewers to come. As of the time of this entry, Matlock is on at 5, 6, 7 and 8am every weekday, and the 2-part episodes or “Matlock Movies” often appear in groups on weekends. For the past several years this deluge of Matlock gold has come to us courtesy of the Hallmark Channel. May that network live long and prosper!

My favorite episode of Matlock is clearly The Dare (S9/E4, Episode #180) guest-starring Terry O’Quinn as the murderous philanthropist, Malcolm Engle. Terry O’Quinn is probably better known for his more recent role as John Locke on the TV show LOST. His character, Malcolm Engle, dares Matlock to catch him after disclosing when and where he will soon commit murder. He even boasts that the victim will be someone close to Matlock.

Ben soon finds out that the victim is his old pal, Lieutenant Bob Brooks (David Froman) who turns up dead in the park from a stab wound while the gang is at softball practice nearby. Yes, they all casually go to softball practice at the time and place of the murder warning. Forget about it. 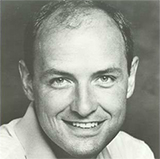 Using a pre-recorded message to deliver a long voicemail and a cat to confuse a motion detector, Malcolm Engle would have pulled it off if it weren’t for a meddling Matlock.

Throughout the episode Engle has a mysterious desire to humiliate Matlock. He toys with him and says very dry, insulting things repeatedly. We eventually learn that Engle’s wife was murdered by a psycho that Matlock defended (not guilty by reason of insanity, institutionalized) and he has held a bitter grudge ever since.

In his undoing, Engle is ultimately humiliated on the stand for having a toupée. He lost his hair from chemotherapy treatments for terminal cancer for which he has secretly been seeking treatment in Costa Rica. After nearly being proven guilty of murder by a defense attorney, Engle asks him, “What are you gonna do Ben? Get me the death sentence?”

I was recently asked what signature ingredients make up a stereotypical Matlock episode. In my opinion, Matlock’s signature is in his finishing move. As a defense attorney, Matlock must provide reasonable doubt that a defendant is guilty. Most of his clients have been framed for murder, so he often runs into obstacles finding this doubt when focusing on the defendant’s alibis.

Matlock takes a different approach to the traditional method of providing reasonable doubt. Rather than proving that the defendant is innocent, Matlock usually provides the jury with the real perpetrator as well as proof of guilt. Essentially, Ben Matlock ends up defending his client while simultaneously working as a prosecutor. I do believe this to be a unique angle in the tired and saturated genre of legal dramas and murder mysteries.

I have always been disturbed by the fact that Ben has been one or two degrees separated from so many people accused of and framed for murder. He definitely found his calling.